David Carson is the co-author of Medicine Cards, The Discovery of Power Through the Ways of Animals, the award winning book and card deck that helped establish the current study of animal power. Medicine Cards was published in 1988 and has never been out of print.  Over one million copies have been sold worldwide. Medicine Cards has been translated into twelve languages over the past 27 years and is published by St. Martin’s Press in New York.

David Carson was raised in Oklahoma, and learned animal ways and animal clans from his mother Opal, and his aunts, Agnes, Ruby, Phoebe, all members of the Choctaw tribe of Oklahoma.  These Native lessons informed his stories and knowledge of animals in Medicine Cards.

David is the author of  Crossing Into Medicine Country, A Journey in Native American Healing;  Find Your Spirit Animals; Spirit Clans, Native Wisdom For Personal Power and Guidance; and co-author of 2013 Oracle, Ancient Keys to the 2012 Awakening.  David Carson lives in New Mexico and New York. 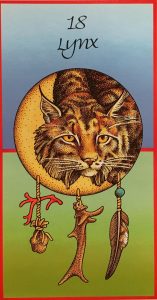 Jamie Sams writes about Native American spirituality and has worked with many tribal leaders. She is a medicine teacher and has written several books including The 13 Original Clan Mothers; Sacred Path Cards; Dancing the Dream, The Seven Sacred Paths of Human Transformation; Earth Medicine and others. Jamie lives in New Mexico.   Jamiesamsbooks.com 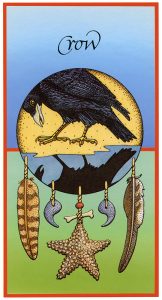 Angela Wernecke – Angela Wernecke is the award winning designer/illustrator of Medicine Cards. Angela sees her work as a way of healing and nurturing the Earth. Angela’s iconic design of each Medicine Card has brought unique and lasting vision to this ground-breaking work. 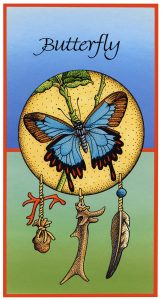 "COVID restrictions have affected worldwide shipping in various ways. These may include pricing and availability of shipping outside the US. Currently, we cannot ship to Australia or New Zealand because of prohibited shipping costs. We apologize for any inconvenience this may cause." Dismiss